Just what would we do without our wonderful wattles? The drive along the M1 in late winter or early spring simply wouldn’t be the same. But sadly, even the more experienced gardeners tend to shy away from putting a wattle in the garden. There are three very questionable myths behind that reluctance. They get too big, they’re short-lived and they aggravate asthma. But there are some fantastic smaller wattles. Their life span can be greatly extended by judicious pruning and while wattles often get the blame, the inland grasses are seeding around the same time as many wattles are in flower and the lighter grass pollens disburse widely while the heavier wattle pollens quickly fall to earth. Okay, so don’t plant a wattle outside the bedroom window and don’t shove your head into a flowering wattle if you’re susceptible to respiratory problems.

The first day of September marks the official start of spring, but our local bushland got off to a flying start about six weeks earlier with our beautiful Sydney Boronia (Boronia ledifolia) leading the charge. And two local wattles were off and running as well; the Sweet Wattle (Acacia suaveolens) and the Myrtle Wattle (Acacia myrtifolia). The first of September has also been recently reinstated as Wattle Day much to the thanks of Maria Hitchcock of the Armidale Group of the Australian Plants Society and Macca from ABC radio’s Australia All Over. It had been formerly celebrated on 1 August from 1916 after sprigs of flowering wattle (probably the Cootamundra Wattle – Acacia baileyana) were sent to troops overseas. And needless to say, our national floral emblem is The Golden Wattle (Acacia pycnantha).

If I was pressed to recommend a smaller-growing wattle for Sydney gardens it would be the Crowded-Leaf Wattle (what a terrible common name – Acacia conferta) or the very similar Golden-Top Wattle (Acacia mariae). The latter is prolific in the Pilliga and the former a bit further north. They put on a stunning, golden display in late winter, growing to around 2m and are very amenable to heavy pruning.  And finally, if you’re looking for a local wattle that’s not very big in size but very big on repelling all intruders, have a crack at the Spike Wattle (Acacia oxycedrus) but caveat emptor – don’t back into it with any precious part of your anatomy.

Find the Brightness in your Home Office 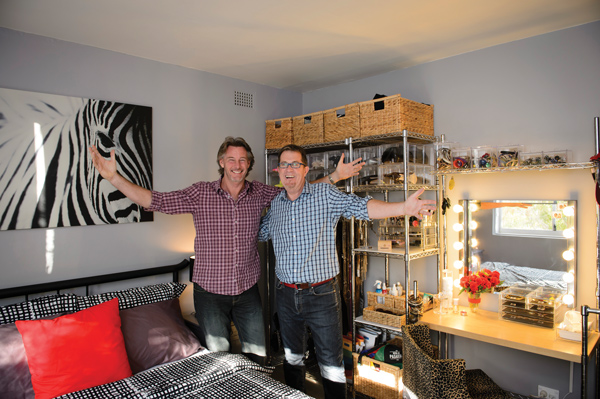 Time for a spring clean