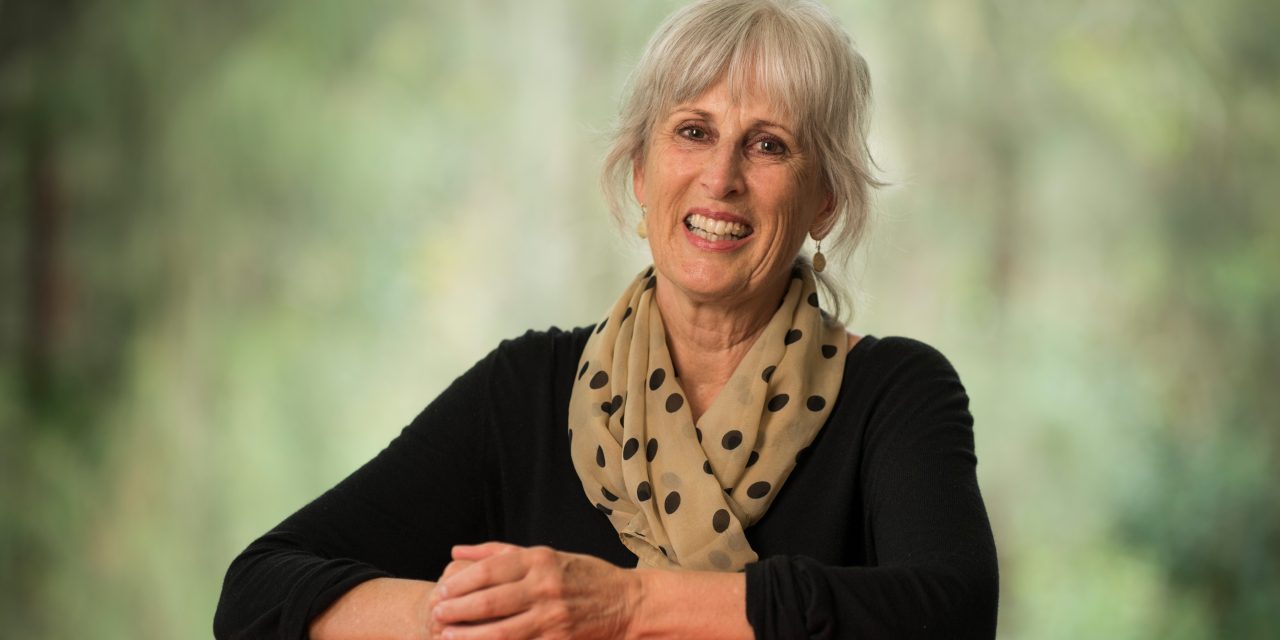 Originally hailing from rural New Zealand, Amanda Hampson was determined to be a writer at a young age. Currently residing in Sydney’s Northern Beaches, Amanda still travels far and wide researching her successful novels. On the eve of the release of The Yellow Villa, Amanda reflects on the novel, her writing process and what’s next.

What inspired the story of The Yellow Villa, and how did you devise the two couples and their individual characteristics? What made you want to explore their story?
The seed of the idea came from friends describing the situation of some acquaintances. The husband was a restaurant critic and had become an obnoxious alcoholic. With friends and family offended and increasingly estranged, the wife (an aspiring/unsuccessful actress) decided they should move to France.

This immediately struck me as a perfect domestic storm. Take a relationship already under pressure and isolate it in a foreign culture – it can only implode.

From there, the obvious dramatic extrapolation was – what if this couple had been involved in something that meant they couldn’t go back? And they couldn’t move forward either?

So Dominic and Susannah Harrington were conceived. Londoners in their late sixties, they are both computer illiterate and thus marooned in the 20th century. They have exiled themselves in France to escape a scandal in London.

Like many baby-boomers (I speak as one of them) they have lived the good life never thinking it would end and, when we meet them, are in the grip of a financial crisis; both suffering ‘torschlusspanik’ (gate- shut panic: fear that time is running out to do something worthwhile). Their relationship looks fine on the surface but behind the scenes they can barely tolerate each other.

As a counter to the Harringtons are the characters of Mia and Ben Tinker, a younger couple in their late 30s. Creative and adaptable, they are part of the new breed of ‘digital nomads’ who are location independent and part of the new world order. They share a more modern, equal, partnership but their relationship has been dealt a (potentially fatal) blow by the discovery that they will never be able to conceive a child.

Having endured five years of infertility myself, I have a very strong idea of what the spectre of a life without children looks like; simply devastating. It’s not until you’re in this position that you realise that, although we have control over many things in our lives, this is not one of them.

How did you come away with the conclusion of Ben and Mia’s marriage, did you consider changing it?
I never know what will befall my characters at the outset, I have to allow them to develop on the page and then follow their natural direction. I wasn’t sure where things would go with Mia and Ben, but when Ben came home drunk and dirty and Mia, instead of telling him off, made him a cup of tea – I knew they would be okay.

This story was set in a contemporary time and showed how many older people are disenfranchised with modern technology, what purpose did this inclusion serve to the story?
When I was doing the research in France, I was asked to give a workshop to about a dozen older British expats and, during this, I offered some suggestions as to how to set up files when you start a project the size of a book. Afterwards one of them took me aside and said, with a smile: ‘You’re assuming they all have computers but they don’t.’

So, imagine living in a foreign country without the window to the world and the easy communication that the internet offers and, imagine that everyone else does have this facility – and you have another layer of isolation. It was so interesting to explore this idea and realise how disenfranchised older people can become without modern technology. And such a contrast to the younger generation who take it all for granted. 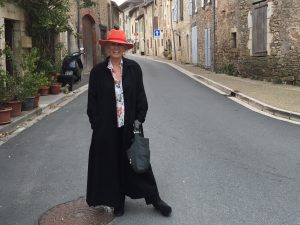 It is interesting how the younger generation (Mia and Ben) seem so collected when it comes to financial matters, but the baby boomers (Dominic and Susannah) haven’t quite got it together. Was that contrast done on purpose? Why?
This is very much what I’m seeing with my generation (I’m right in the middle of the baby boomers) we were the golden post-war children who enjoyed the boom times and accidental affluence. We had free education, affordable housing, jobs were plentiful – and many of us squandered our good fortune thinking it would last forever. In fact, we’re sometimes referred to as the ‘Optimistic Generation’ because we believe life will just keep getting better. Unfortunately, also known as the ‘Bottle and Bong Generation’ because we don’t cope when things don’t go so well!

The Millennials don’t all have it together but they don’t have the same sense of entitlement, they know it’s tough to get work and buying property (something we took for granted) will be a huge struggle. They are more careful and less wasteful.

Your stories are often woven into international backgrounds, what is it about the allure of international travel that adds so much to the atmosphere of your work?
I find it interesting in a creative sense to explore other places and I love to take readers on that journey to aspirational locations that stimulate the imagination. It’s not gratuitous – the location can only serve as a background that adds flavour and contributes to the narrative and development of the relationships.

Is any other part of the story inspired by your own life?
I wouldn’t say exactly inspired by my life but obviously everything that touches you has the potential to play a part. I’ve migrated twice (to UK and Australia) and have lived in France for a month at a time on a few occasions. So those experiences help me empathise with characters trying to navigate resettling in a new place – where things that you take for granted at home can become incredibly difficult.

Can you elaborate a little bit about your writing process?
Initially it’s like some kind of torture because you’re finding your way into the story and it’s exhausting but I’m a believer in the 500 words a day discipline. I will do more if it’s going well but sometimes I’m struggling at 498 and cannot think of two words in the English language to get to the goal.

Little by little it becomes more comfortable and I end up with a rough draft. Then I go back over it dozens of times, whittling it down to the essentials to tell the story in a fluid way without any excess words and ensuring that the ‘stage management’ is accurate so the reader can effortlessly imagine each scene unfolding.

Have you always wanted to be a writer?
I grew up on a farm in New Zealand without television. The big event of our week was going to town to the public library and books and writing became central to my life and I was determined to be a writer from an early age. 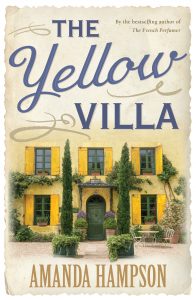 How did you get started in the industry?
I wrote articles on spec for magazines and submitted them for a few years, then moved on to writing a non-fiction book. I submitted this to a publisher and they picked it up straight away. So I realised that the key to getting published was to make sure the manuscript was absolutely as good as you could get it.

I worked on my first novel The Olive Sisters for five years and revised it perhaps a hundred times. I asked an editor friend to look at it and she did a line edit of a few pages, so then I emulated what she had done. When I felt there was nothing more to do, I sent it to an author I knew and he put it forward to Penguin – and within a couple of months I had an offer of publication.

You’re currently in Europe researching your next book, how is that going?
The next book is called Sixty Summers and I thought I would be in Europe in the Spring but then the ‘Beast from the East’ intervened and I’ve had freezing weather and snow everywhere I’ve been. You can see my journey here: www.sixtysummers.net

How much research do you undertake before you start writing?
I generally get started and write the first few chapters so I have a sense of where it’s going and what’s required – then I set off to the location and start to gather material. Some of this is just wandering around taking pictures and getting a sense of the place and different locations (like a location scout for a movie) but, for example for The French Perfumer there was a lot of reading to do to understand how things worked in France during and after the war.

What are you most excited for readers to enjoy about The Yellow Villa?
I like to start off with a nice easy ride, and then like the proverbial roller-coaster, we have some surprising dips and peaks and then things really start moving rapidly with twists and turns that make it hard to put down (I hope).

There’s also a lot of humour in the book. I’m a fan of subtle character-driven humour that doesn’t necessarily flag itself but gives the observant reader the odd snort.

13. Can you give us any hints about the new release, Sixty Summers?
A domestic drama that plays out at home and abroad about friendship, love and life. 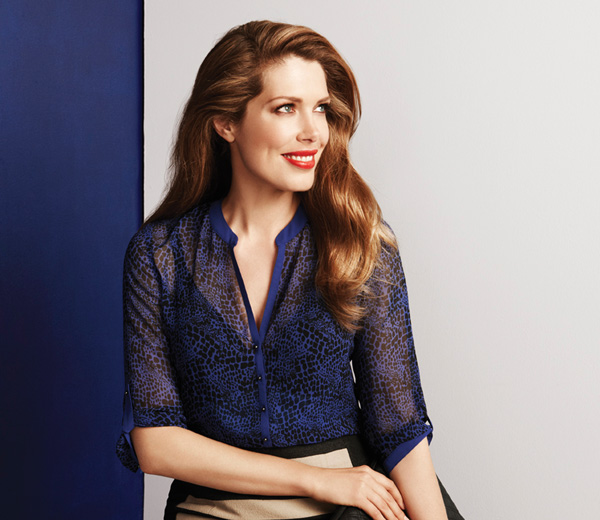 The many lives of Tara Moss 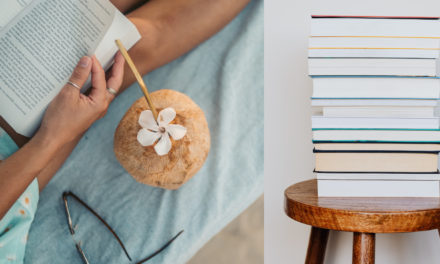 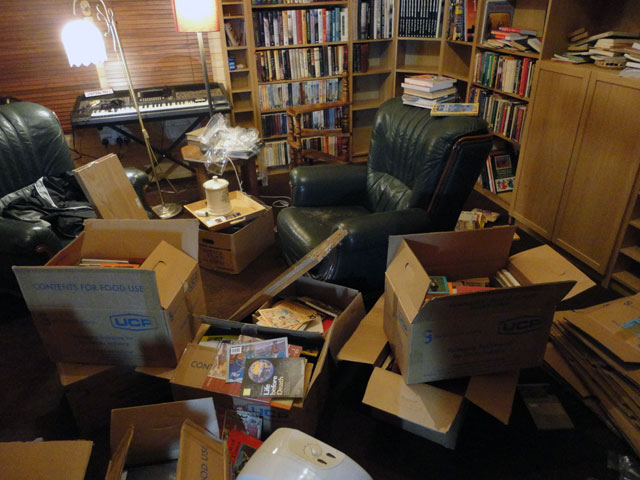 Clear out the clutter