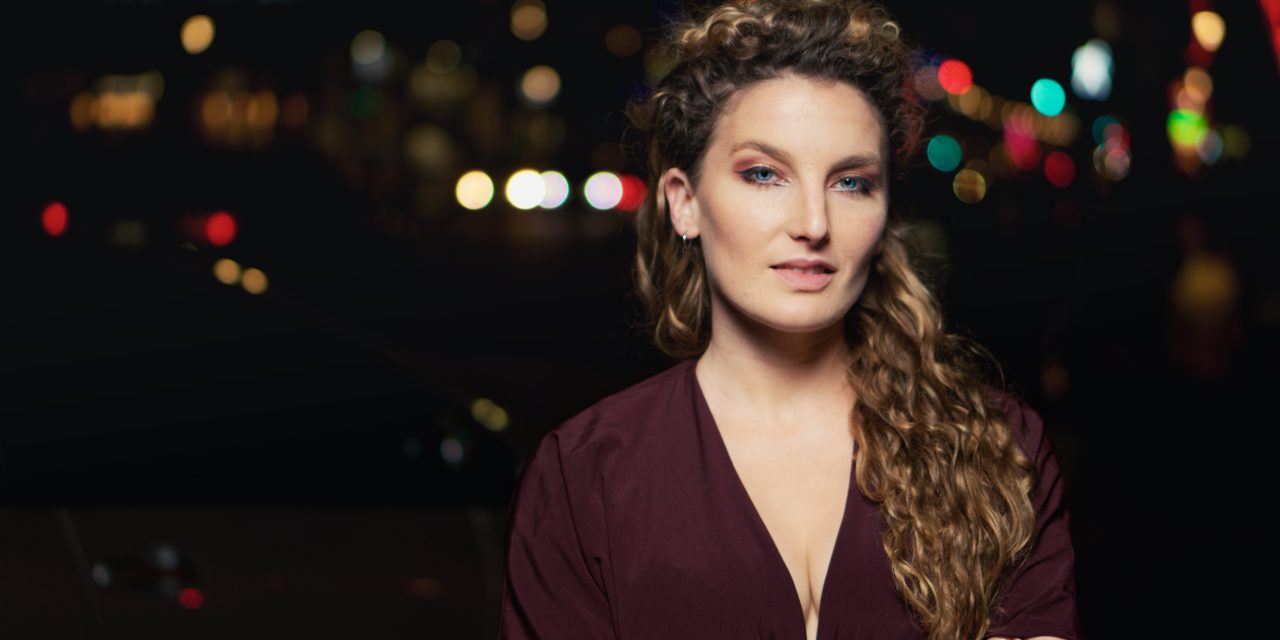 The sharp-witted, intelligent and often silly humour of comedian Alice Fraser is a stark contrast to the eloquent and thoughtful Alice who sat down with Sydney Observer to chat about Ethos, Tea with Alice and making people think about challenging questions of existence with humour.

Ethos, Alice explains, is a double-act comedy performance where Alice tries to communicate to a robot what it is to be human. This unique take on stand-up can be attributed to Alice’s experiences of her initial foray into sketch and the improvised comedy scene, where working with other people is paramount.

“When I started doing stand-up in New York on my own, I missed that.

“As you get older it gets harder to organise rehearsals, and I thought it would be an interesting proposition if I could do a double-act with artificial intelligence,” Alice explains.

“It’s another area where it’s quite male-dominated, and people don’t expect you to be interested in it as a woman, robotics and artificial intelligence, and I thought why not? Why not unpack that a little.” 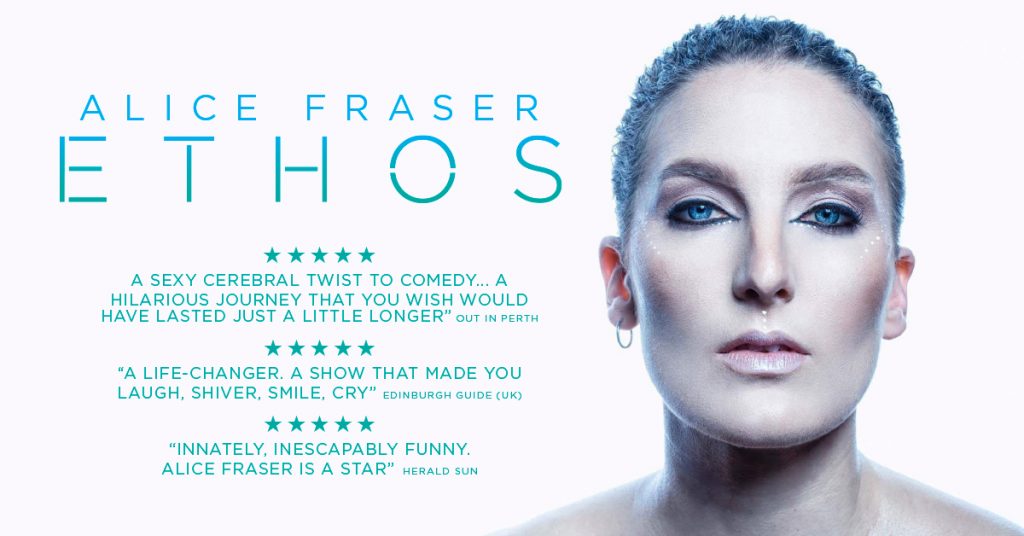 Much of Alice’s previous work has touched on entering areas that are male-dominated, namely stand-up comedy itself, but Alice is remarkable in the sense that this notion can be communicated without politicising the point.

“I think there is nothing more powerful than making somebody laugh, and nothing more likely to open their mind than to do it in a way that is fun for them.

“Nobody likes being lectured to, we live in a world now where sides are getting drawn and people are just shouting at each other, and very few people’s minds actually change from being shouted at.

“There’s a lot of room for that in the media at the moment, and I think people want to make it ‘this side versus that side’, you very rarely hear someone on the television say, ‘oh, I hadn’t actually thought about it that way.’”

Alice consistently works towards making spaces for this kind of conversation within comedy, whether that be through stand-up or through the podcast Tea with Alice, or through the many other mediums Alice can translate herself across.

“My Masters was in Rhetoric, the idea of persuasion and persuasive speech and narrative rhetoric, so I like being able to turn my hand to different styles of writing, to different voices, to different ways on addressing the same problem and how you connect to people.”

Alongside her Masters, Alice also has a background in the corporate world with time spent working for an investment bank and a brief stint with Allens, Alice’s formative years in comedy came from wanting more. The root of comedy is so often born from a place of tragedy or unhappiness; but the allure of not being a natural comedian drew Alice to wanting to be better at something that she had absolutely no clue how to do.

“I wasn’t getting paid very much and I was quite depressed, but doing comedy at night was simultaneously finding out I wasn’t ever really going to be happy in a corporate job, and also finding out that I could actually do this, and get better at it,

“I would wonder if I could get good at something I’m not good at, because I was always scared of failing, and comedy needs you to fail, you have to fail all the time to get anywhere in comedy I think.”

The notion of comedy in unhappiness is nothing new, many comedians play off their own personal lives as a hilarious take on the state of human existence. This can be a means of both connecting to an audience, but also communicating simply not understanding why life is the way it is by laughing at it in the face of deep unflinching tragedy.

“I think my most difficult show was Savage, which was written during my mother’s final illness, and that was so horrible, so appallingly sad every day and just having a show, and having something I could do.

“The worst thing about death and suffering is when you’re helpless in that, having something you can do, no matter how small or trivial, it just made me feel useful,” Alice recalls.

“The number of people who come up to you after shows like that who have similar stories, and being able to really connect with them and make them feel better, or more heard, or more represented is a huge thing.”

This kind of approach to comedy is not for everyone – “I find I tend to get five star reviews, or one star reviews, people either love it or they hate it!” But for those who do enjoy comedy that makes you think, Alice has struck a chord few have been able to do before.

“For some people, it’s not what they go to comedy for, they just go for some fun laughs, and there is absolutely space for that. I admire comedians so much for doing that.

“I think the thing that inspires me is seeing people do the thing they do incredibly well, I’ve always found it really empowering.”

Alice will be performing Ethos on May 3-6 at the Enmore Theatre for the Sydney Comedy Festival. 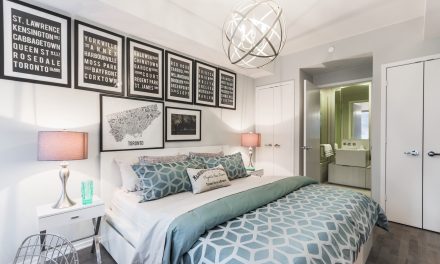 THE HOTTEST DECOR TRENDS THIS SUMMER 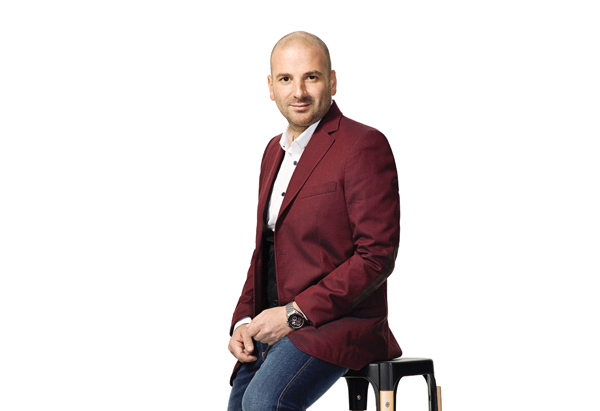 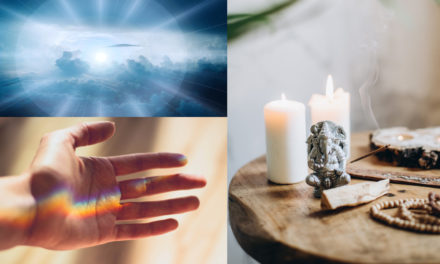 The Beauty of Ghosts 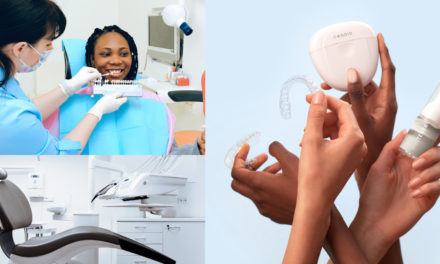